Ostriches are some of the most magnificent birds on this planet.

Not only are they incredibly tall, but their eggs are enormous too!

Some Interesting Facts about Ostrich

Ostriches can be found in open woodlands and hot savannahs across Africa.

A typical ostrich can weigh as much as 159 kilograms and be as tall as 2.7 meters in height.

This means that a general ostrich is at least one meter taller than a normal-sized man and heavier than two adult males combined.

Their body is covered with bulky feathers that allow them to mix into the sand.

Other than the color of their feathers, there are no other physical differences found between the male and female ostrich.

Ostriches are flightless birds with incredibly long necks and legs. Even though they cannot fly like most birds, they can run incredibly fast.

Their long, sturdy legs have the power to carry their bodies across the savannahs at a blazing fast speed for a significant period.

Their long strides help them protect against fierce predators such as lions, hyenas, leopards, and cheetahs.

Ostriches don’t only use their feet for running, but they also use the claw attached at the end to severely harm anyone who dares to threaten them!

Some Interesting Facts about Ostrich Eggs

If you want to learn more about Ostriches and Ostrich eggs, let’s dive right in!

Ostriches are pretty fertile birds. If their conditions remain favorable, a healthy female ostrich can remain fertile & active for more than 25-35 years.

Both male and female ostriches take part in incubating the eggs

An ostrich can live for more than 40 years if it manages to fend off predatory species all its life.

This life span is pretty impressive for a bird species.

This calorie count is an average of what a human being needs in a day. This means that a person potentially needs one ostrich egg per day to complete their respective calorie count!

What Are Ostriches Hunted For?

Just like several other bird species, ostriches are hunted for many things. These practices are found today in many parts of the world.

Ostrich eggshells are collected and used to make different kinds of artifacts. Some of these eggshell artifacts are sold for more than $100 to $150 around the world.

Since these shells are thick and strong enough to carry the weight of a fully grown man, they are supplied around the world after being engraved, hand-painted, and carved to people’s liking.

An ostrich is also hunted for its meat, feathers, and skin.

These items are supplied to various industries across several countries that use them as raw materials to create different products.

A popular product is ostrich feather dusters that people like to own because of their functionality, color, and usefulness. 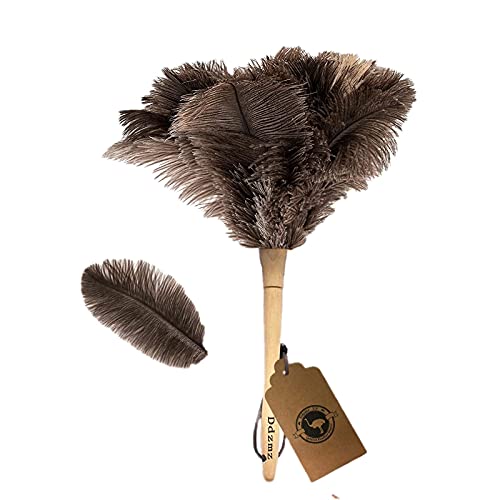 For the past 150 years, ostriches have been raised in Africa for their feathers, hide, meat, and eggs. Instead of finding the largest population in the wild, ostriches are found in either farms or reserves.

Even today, there are more than 2 million ostriches in several parts of the world that are used for the same purpose.

You would be pretty surprised to know that other bird species laid bigger eggs than an ostrich.

So, if you think that an ostrich egg is big, then extinct species such as the Elephant Bird of Madagascar and Giant Moa of New Zealand could lay even bigger eggs than that of an ostrich.

The only reason why the ostrich claims this title today is because both of these birds no longer walk the earth.

These incredibly tall birds can live out long and healthy lives, more than 50 years, under the right circumstances.

Therefore, it is important to save the planet and leave room for these beautiful bird species to thrive.